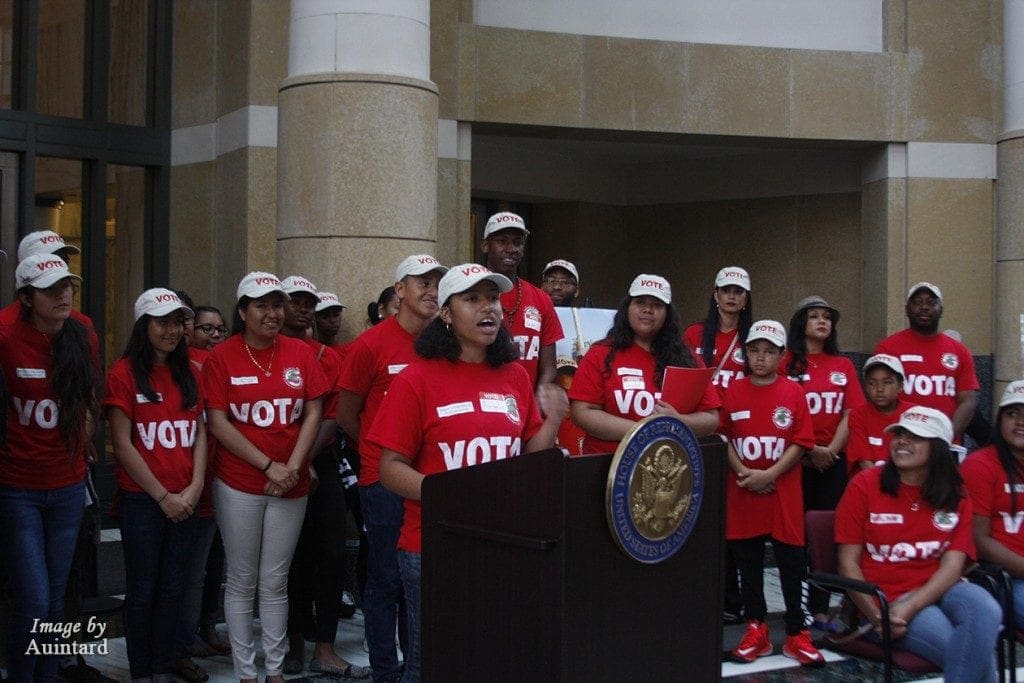 in the Central Valley of California

OAKLAND, CA (August 4, 2016) – Youth, interns, and staff of the Martin Luther King Jr Freedom Center return from 30 days of intensive civic engagement in the Central Valley of California. In addition to voter engagement in homes and community settings with thousands of Kern County Residents, the delegates spent their summer in the study and practice of civic engagement as a means to personal transformation and social change. In addition to sleeping on gym floors, making their own meals, and leaving cell phones and electronic devices at home for a month, the delegation registered 254 citizens to vote, knocked on more than 7,000 doors, and attended 98 hours of civic engagement classes.

Dolores Huerta and Congresswoman Barbara Lee, founder of the center, spoke on the relevancy and impact of the Freedom Center youth voter engagement summer. Dr. Roy Wilson, Executive Director of the Martin Luther King Jr. Freedom Center, and Camila Chavez, Executive Director of the Dolores Huerta Foundation, also spoke about the results of the classes and the nature of this urban-rural civic engagement collaboration. The report back included stories and lessons learned in the low-voter turnout regions of Bakersfield, Lamont, and Arvin in the Central Valley of California—from the youth delegates who made the journey.