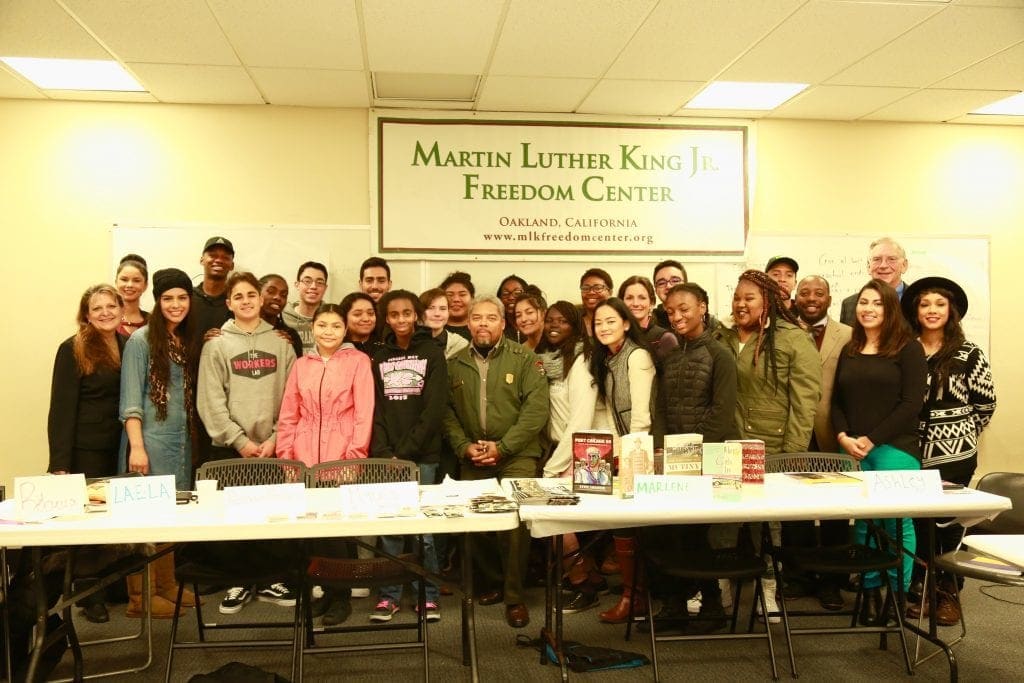 “Life and Legacy of Dr. King”

The Martin Luther King, Jr. Freedom Center held and educational leadership class for the Students on the “Life and Legacy of Dr. King” from December 27th to January 1st. The class honored and commemorated the works of Dr. King and his legacy. The Freedom Center also invited Community Organizers and Leaders from the Civil Rights Movement to share History, and their experiences of the movement and how their work in the community continues today. The young People studied Dr. Martin Luther King. Jr, His writings, his life, and the impact it made on others. Students went on to participate in lectures, poems, and shared thoughts about the purpose of Dr. King’s work and how it is still relevant and insightful today.

The Leadership class is broken down into five parts of study: (The Person, The Message, The Movement, The Meaning For Us Today, His Meaning To ME) the students read material complete an assignment and go on to have an open class discussion about Dr. Kings Life and Legacy.

During a class discussion about Dr. Kings message student David Gaines goes on to say ““To accept passively an unjust system is to cooperate with that system”

“To sit idly by while injustice thrives is only contributing to that injustice. There is always hope, those who do not cooperate or help to find a solution are a part of the problem. It is our duty to cooperate only with good.”

The Martin Luther King Jr. Freedom Center Students had the Honor of meeting and listening to some great leaders and community organizers from the Civil Rights Movement of past and present. They met Mr. Bobby Seale, Former Black Panther and Civil Rights Icon, Mr. Raphael Allen, Park Ranger and Historian of The National Park Service, Mr. Elihu Harris, former Major of Oakland, and California State Assemblyman, and Dr. Jowel C Laguerre the Chancellor of Peralta Community College and Founder of Teachers Of Tomorrow and the Director of I Have A Dream Program in Kansas City, Missouri.

The Freedom Center Students enjoy asking questions, learning history and stories of sacrifice and hard work from the speakers. Mr. Raphael Allen brought presented a documentary film on the impact of the ship-yard in Richmond, California in the 1940s. During the War in the 1940s, Richmond California went from a small town to a bustling 24 hour a day city almost overnight. The job opportunities brought people of different ages, racial backgrounds, and genders together. For many, it was the first time these different groups worked together for a common cause. Mr. Rafael Allen went on to explain how those circumstances started what is now known as the beginning of the end of Jim Crow.

The following day Jake, one of the Freedom Center students, asks another speaker Civil Rights Icon Mr. Bobby Seale” What is the goal objective of grassroots organizing, and what can we do to end institutionalized racism?”  Mr. Bobby Seale goes on to answer “The Main Goal is to Identify your Political Leaders and become one!” “In 1965 500,000 Political seats were available in America, only 59 were held by people of color we had to do something about that”. He went on to say “That Dr. Martin Luther King Jr. death had a powerful impact on The Black Panther Party, they went from 400 members up and down the west coast to 5000 members and 49 chapters across America.” “People wanted a change The People Began to Organize!”

The Students from the Freedom Center came together with purpose and dedication to leadership. They took away from the class a stronger sense of who Dr. Martin Luther King, Jr. was and his remarkable contribution that still affects all our lives today. In the development of community and self-initiative, in the worldwide effort to create peace, we must develop friendships and meaningful lifestyles, to strengthen democracy in the United States and other Nations. With this belief and willingness to learn the Leadership class was a success. 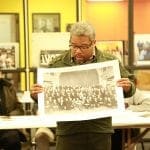 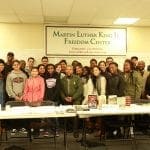 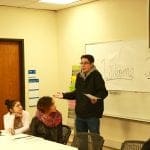 Student Roman Expressing his thoughts about society ” The Facts are the Facts they Are Not up for debate!’’ 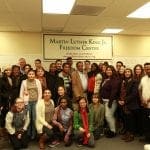 “Getting people to join you is one thing, but organizing those same people to get others to join a cause is the real objective” ~ Mr. Bobby Seale 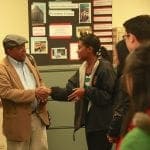 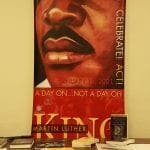