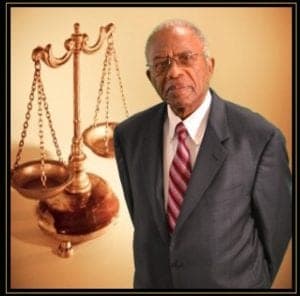 Civil rights attorney Fred Gray will be the keynote speaker at the Barbara Lee and Elihu Harris Lecture Series on Saturday. (Courtesy of the Martin Luther King Jr. Freedom Center)

Gray brings his “Where do we go from here?” message Saturday to the Bay Area as featured speaker at the Barbara Lee and Elihu Harris Lecture Series at Oakland Marriott City Center.Patience was the strategy Gray used in the early 1950s, when he left his home in Montgomery, Alabama, a state where black students were barred from entering law school, to attend Case Western Reserve University in Cleveland, Ohio.

He earned his degree in 1954 and returned to open a law office in his hometown, determined to eliminate public school segregation in the state. A dedication to peaceful protest and activism were key tactics as Gray tackled civil rights issues beyond education institution reforms. In 1955, he successfully served as the lawyer to Rosa Parks, Claudette Colvin and the Montgomery Improvement Association during the 381-day Montgomery Bus Boycott.

Defending Martin Luther King Jr. on tax evasion charges in 1960, Gray argued and won cases that allowed the Selma to Montgomery March to proceed (depicted by Cuba Gooding Jr. in the 2014 film “Selma”).

Your email address will not be published.
Required fields are marked *