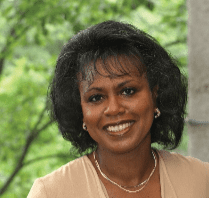 Please call our offices today at 510-434-3988 to RSVP, or to become a sponsor, volunteer, or help us spread the good word on these most dynamic public lecture opportunities!

“Anita Hill changed the conversation on workplace bias and harassment…she unleashed a wave of women running for office.”  The SFChronicle, April 2017.

An attorney and academic, Anita Hill is a leading proponent for women’s rights, workforce equity, and feminism. The youngest of 13 children of Albert and Erma Hill, Anita Hill hails from Arkansas family farmers, her great-grandparents and her maternal grandfather, born into slavery. Hill attended Oklahoma State University, then Yale Law School where she graduated with honors and is now a University Professor of Social Policy, Law, and Women’s Studies at Brandeis University and a faculty member of Brandeis’ Heller School for Social Policy and Management.

She became an attorney-adviser to Clarence Thomas who served as Assistant Secretary of the U.S. Department of Education’s Office for Civil Rights, then worked for Thomas when he became Chairman at the US EEOC.  Hill later openly testified in Senate Confirmation hearings to Thomas’ workforce sexual harassment history, making her a national figure for women speaking truth to power on matters relating to workforce bias and fairness. 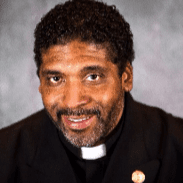 The Rev. Dr. William J. Barber II is Senior Pastor of the Greenleaf Christian Church (Disciples of Christ) in Goldsboro, North Carolina, President and Senior Lecturer at Repairers of the Breach, and a member of the College of Affirming Bishops. Bishop Barber is also architect of the Forward Together Moral Movement that gained national acclaim with its Moral Monday protests in 2013. These weekly actions drew tens of thousands of North Carolinians and other moral witnesses to the state legislature. More than 1,050 nonviolent protesters were arrested for acts of civil disobedience.

Bishop Barber served 12 years as President of the North Carolina NAACP, the largest state conference in the South. He sits on the National NAACP Board of Directors.

A former Mel King Fellow at MIT, Bishop Barber is currently Visiting Professor of Public Theology and Activism at Union Theological Seminary and Senior Fellow at Auburn Seminary. He is regularly featured in media outlets such as MSNBC, CNN, the New York Times, the Washington Post and The Nation. Bishop Barber is the 2015 recipient of the Puffin Award and the Franklin D. Roosevelt Four Freedoms Award.

He is the author of Forward Together (Chalice Press), a collection of Moral Monday sermons, and the best-selling The Third Reconstruction: How A Moral Movement Is Overcoming The Politics Of Fear And Division (Beacon Press).