For every lesson learned from recent elections stands one compelling, overriding truth: civic engagement in the 21st century matters. To preserve, protect, defend and define America’s representative democracy, it is vital that citizens of all ages learn and listen, converse and consider, activate and participate. 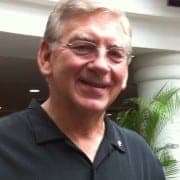 The Martin Luther King Jr. Freedom Center was founded by Oakland community organizers responsible for what was the first and largest Dr. Martin Luther King Jr. march and rally on the west coast. After years of organizing major region-wide commemorations of Dr. King’s life and work, leadership from that body determined that an organization dedicated to carrying out the principles which guided Dr. King, would provide valuable community uplift in the nettlesome task of navigating impacts of race divides, poverty, and violence affecting schools and communities (1995).

The activists organized busloads of East Bay community members who traveled to Sacramento and testified on a bill creating a state sanctioned center dedicated to the Life and Legacy of Dr. King, civic engagement, youth, and nonviolence. The legislation was written by then State Assembly member Barbara Lee, and enjoyed the support of Governor Pete Wilson.

A later Memorandum of Understanding articulated the By Laws and Articles of Incorporation for the Freedom Center, and was signed by representatives of the City of Oakland, the East Bay Regional Park District, the Port of Oakland, the California State Coastal Conservancy, the March & Rally Committee and the Oakland City Council and State Assembly Members (2001).